Your mobile app's out there. It’s in the world: functioning, existing, being installed and used – oh, wait. A drop in active users? And now uninstalled. In fact, you’re starting to find that your beloved app is probably being uninstalled a whole lot more than you were anticipating. You’re possibly even starting to wonder if – whisper it – your app might actually kind of suck.

Firstly, try not to panic. Although you might've done everything you can to get app downloads, it’s worth noting at this stage that a hefty amount of uninstallations within the first few months isn’t entirely unheard of. After all, once all your initial launch hype has died down, many people will just want a bit more space on their phones.

That said, if you’re seeing your app being uninstalled at an alarming rate (and if they’re disappearing pretty soon after that first installation) you should probably take notice. Still, don’t worry too much: it’s likely that the solution to your app problems are pretty simple, so there’s no point throwing the proverbial toys out of the proverbial pram just yet.

With that in mind, let’s take you through some of the key things that might be prompting your users to uninstall, and what you can do to combat them.

are your mobile app's Adverts annoying your users?

Adverts might be a necessary evil for you, but if that’s the case don’t be surprised when people start uninstalling. As Mark Zuckerberg is famously quoted as saying in the pre-Facebook-ads day, ‘ads aren’t cool’. They weren’t then, they aren’t now, and they never will be. When deciding whether your app will feature ads you’ll need to decide – do the benefits of ads outweigh the drawbacks of people uninstalling?

As a way around it, you could try not having ads for a period (and letting all those good reviews and warm feedback fuzzies roll in) and then adding them back in at a later date. Alternatively, work with your developer to try and make sure the ads are as unobtrusive and generally as un-annoying as possible. Huge pop ups or video ads are a big no.

DOES YOUR MOBILE APP TakE too long to load.

People are fickle, fickle creatures, and in an increasingly technological age we’re getting extremely used to having what we want as soon as we ask for it. Even waiting 10 seconds for a web page to load feels extortionate now, and the same is true of apps. So if you suspect that might be the issue, make it the absolute top priority on your developer’s To Do list.

A way to tackle this is through continuous improvement with your app. Check out our guide to find out more.

DOES YOUR APP HAVE Too many push notifications?

Nobody likes a nag. Being constantly pestered by our apps is problematic for two reasons: 1) people will start to get annoyed and will delete the app altogether, or 2) people will get so used to seeing them that they’ll become overexposed and ultimately stop paying attention, meaning that your app is the first to go whenever the ‘Storage almost full’ notification pops up.

Push notifications aren’t a bad thing in and of themselves, and can help to foster a sense of community with your users and keep them engaged. But it ultimately depends on your audience. Are they a tech-lovin’ millennial who is used to (and indeed expects) numerous push notifications, or are they more likely to prefer being left alone? These are questions only you can answer, but it’s important to answer them at this stage rather than burying your head in the sand and hoping it goes away.

If you’re really not sure how many push notifications your app should be sending out, take a leaf out of Headspace’s book and let people choose. Through Headspace people can receive up to 6 notifications a day prompting them to muse on mindfulness, or they can receive none at all. Now that’s exactly the kind of audience awareness that we like to see. 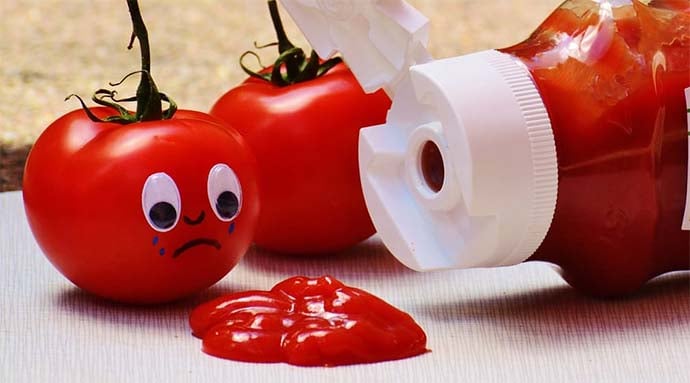 DO USERS NEED TO LOGIN TO USE YOUR APP?

Do your users need to log in every single time to access your app? We’re sorry to say it, but this is a recipe for disaster. People aren’t just fickle, they’re also incredibly lazy, and the additional 30 seconds that might be required to tap in a name and password could be exactly what’s prompting users to disengage from your app and ultimately uninstall.

Think seriously about whether or not you actually need that log in function. Then, if you decide that your app is something for which a login is non-negotiable - like a banking app or something super data-heavy – try and make that process as seamless as possible. It can be something small, such as asking users to enter in characters 1, 4 and 6 from their password rather than the whole thing. Test a few different options and see which one works best.

EMAIL MARKETING FOR YOUR MOBILE APP.

Just like with push notifications, people don’t like being bothered too much, and we all know how annoying it is to have a company constantly emailing you.

You may not think frequent emails are a problem – after all, they’re not technically part of your app – but it all feeds in to a wider narrative of how people feel about your product. If they find your emails irritating it doesn’t matter how quiet and unobtrusive your app is – the bad feelings associated with your emails will have a knock-on effect. Seeing people unsubscribe from your mailing list a lot? It may be the case that uninstallations follow suit.

IS YOUR MOBILE APP IDEA ORIGINAL?

If your app looks really similar to another one, it’s possible that people will just stray after a while and go back to the old faithful that they used before. This was certainly true of Instagram Stories – an in-built feature to the Instagram app that attempted to mimic Snapchat stories. In spite of an initial peak of interest, many people ultimately ended up abandoning Stories and heading back to Snapchat.

It’s not the end of the world if your app isn’t the most original idea – it just has to be better. Solve this problem by really interrogating what it is people prefer about the other app, which is best done through user testing. When in doubt: always user testing!

Admittedly, app ratings are basically gold dust. A good number of good ratings is often the deciding factor when people are deciding whether to download your app or an alternative, so we understand why you’re so keen to get them. That said, being constantly pestered to rate an app is really annoying, so if you think this may be the problem then scale it back a bit. In fact, we’d recommend scaling it back to about 50% of your current level, and seeing what happens.

Being pestered to rate an app is doubly annoying if you’ve actually already done it, so make sure to minimize that wherever possible. Again, a conversation with your developer is required here.

aRE YOU UPDATING YOUR APP?

One of the main reasons people are likely to uninstall an app is because it simply doesn’t change. It really doesn’t matter how brilliant your app is at first – if it remains stagnant people will eventually lose interest. Even the most useful and frequently used apps in the world (Facebook messenger, for example, or WhatsApp) are constantly changing and amending in order to keep up with people’s demands, becoming more likable and more user-friendly with every update.

So don’t just put your feet up once your app’s been built – this is actually when the hard work begins. To find out more about what you should be doing once your app’s up and running, download our free eBook by clicking the link below. We’ll take you through every aspect of your post-build To Do list, from getting downloads to changing developers, and everything in between.

So what are you waiting for? Don’t risk all your hard work going to waste by people uninstalling. Click below to download the eBook today.