Ever felt the regret and disappointment after downloading a mobile game that looked promising but was actually appalling? Us too. The next Flappy Bird? More like crappy turd! We bet their active user numbers dropped...

That said, we also regret downloading some mobile games for the complete opposite reason: they're impossibly addictive. Here, we pull out some of the most addictive mobile app games that we've wasted too much of our time on over the years.

Not to be played with slippery hands, this tilt-to-play endless running game sees your character run at an increasingly fast pace through a temple maze of broken bridges, tight corners, fallen tree trunks and dead ends. Things get more complicated as the clock keeps ticks. The pace drives your adrenaline through the roof, and a fatal move that cuts your run short will swiftly be followed by your thumb hitting... 'RUN AGAIN'. 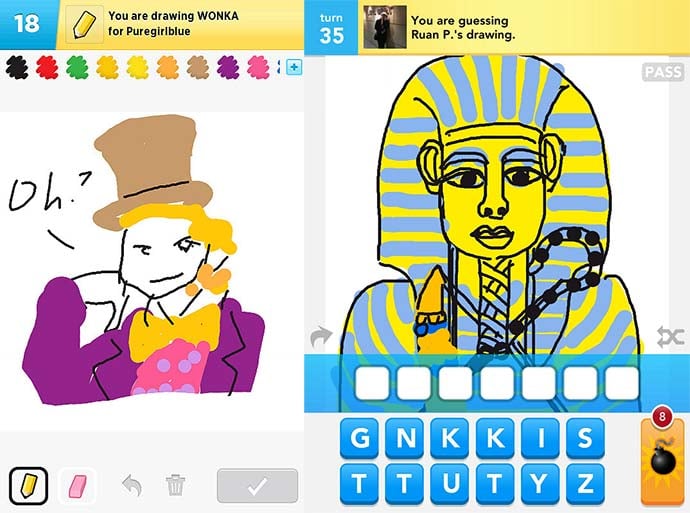 This game is essentially only Pictionary, but with limitless time allowed between goes. If your team mate guesses what you’ve drawn correctly, you add points to your shared tally and swap over roles for the next turn. With no timer urging your pals to solve your drawings, this game becomes long and stressful. It doesn’t help that you keep finding yourself tapping open the app & checking to see if your masterpiece was as good as you thought.

Rows and rows of candy await you. No wonder the many iterations of this game have proved so popular! The premise is simple: move bulbous sweets around a grid to unlock as many points in as few moves as possible. Trouble is, when you start getting super sweet combos that reveal special candies, the sugar rush hits. All you want to do is keep smashing those little sweets, and with over 2000 levels on some versions you can make virtual sugar piles forever.

It took over your youth, then it came to take over your adult life. The Pokémon phenomenon never seems to die down. When Niantic launched the smartphone app Pokémon Go in summer 2016, cities and towns across the world became live spots for catching our very own pocket monsters. With the added bonus of augmented reality technology, users could make pidgeys pop up near pigeons, see dratinis bobbing in rivers and battle their 20-something pals. So many smartphones (and noses) were broken by users walking into things while playing, but yet here we are, still playing it… still walking into things... 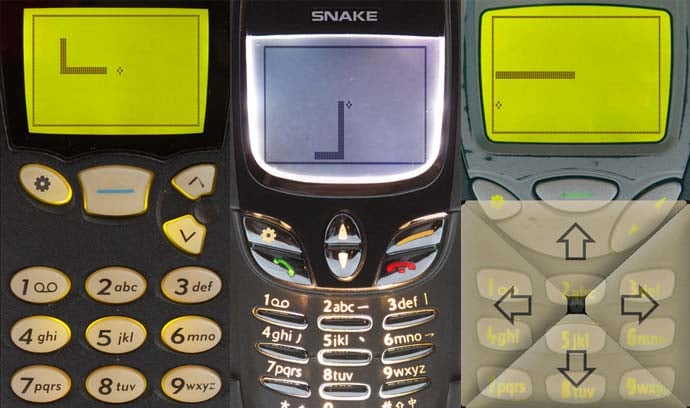 Who'd have thought making a long line of pixels chase after a lone pixel would be so damn addictive? Snake and its inventively named brother Snake II were pretty much the main reason we had phones in the 1990s and early 2000s. With the smartphone revolution came a whole host of admittedly more exciting games, but remastered versions of the old favourite still manage to distract us from everyday life. 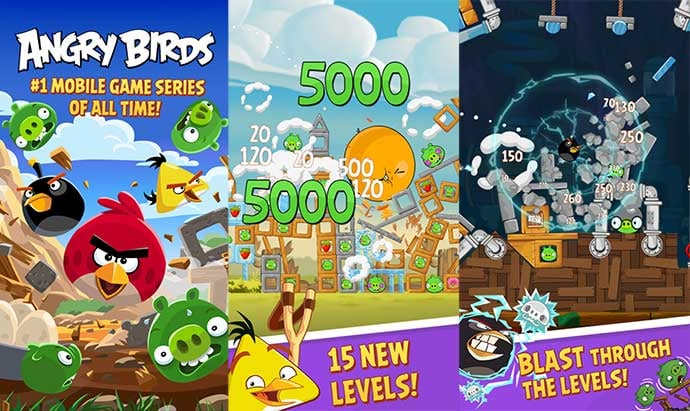 This game became a merchandiser's dream overnight, giving rise to an animated spin-off series, a movie, mountains of plushies and goodness knows what else. The game itself is super simple – use a catapult to aim angry birds at structures to collapse and crush the pigs inside and nearby. The better you play, the higher you score, and the more you start to earn. That's literally it – but the chaos and calamity is so tasty. 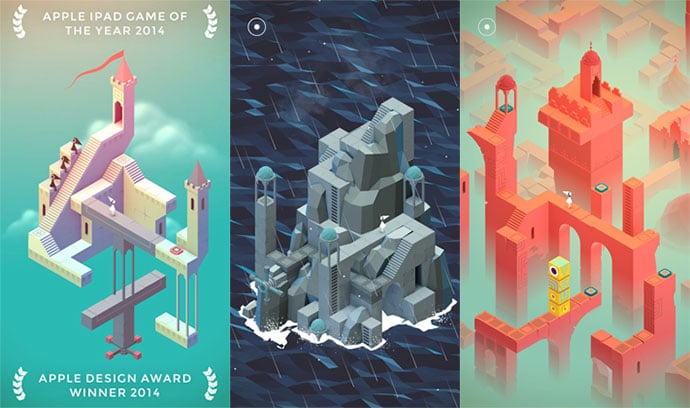 Gameplay aside, Monument Valley's most addictive facet is its beautiful artwork and Escher inspired mind melding geometry. You're princess Ida, and your goal is to make it through the confusing mazes and manipulatable structures of the games' 3D world. Progress is halted somewhat by the time spent gazing at the gorgeous cityscapes and vertical puzzles that Ida has to climb. No problem though; spending so much time on a gaming app is perfectly acceptable when the visuals are this serene. Unlike the others in this list, each level is unique and is over all too soon, which is probably a good thing as we could see our lives erode away while guiding Ida onwards...

We wish it were more profound, but nope. This game is what it says on the tin - you cut a virtual rope so a sweet tied to the end of it lands in a big frog's mouth. The time commitment comes in when you start aiming to collect stars before cutting the rope, which is done by swinging the rope in different directions. How addicted you become depends on your level of perfectionism. If you won’t accept anything less than full points, you're going to play until all the stars are swiped and all the candy is eaten. 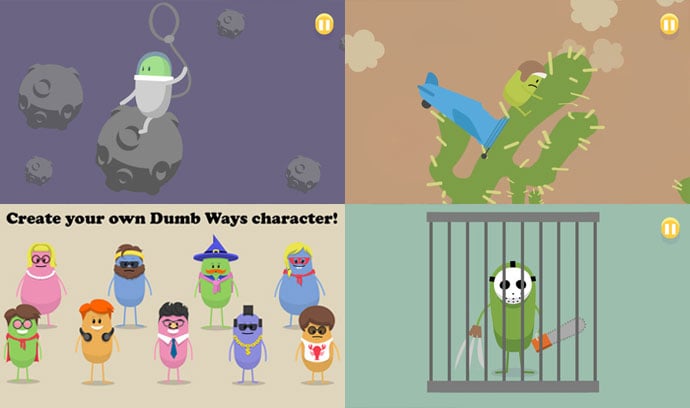 What started as an Australian public safety warning about being sensible around trains grew into a virtual game of life and death. Players earn points by avoiding dumb things in a constant rotation of scenarios. For example, you have to pull toast out of an on-screen toaster without electrocuting yourself, put out a fire before it becomes an inferno and swat flies before they sting you. The longer you stay alive the higher you score, and the higher you score the more characters you unlock. THAT’S the addictive part, for each character is more adorably stupid and gross than the next. Who wouldn't want more of that? Oh, and the soundtrack is a devil of an earworm.

The Floor Is Lava 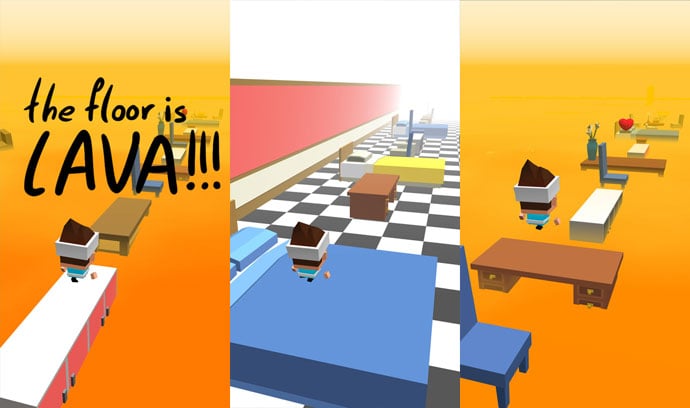 That living room game you used to play in secret as a kid, the one where you jump on all of your parents' furniture to avoid the floor of imaginary lava, is now available in virtual form, this time with less injuries and superficial damage. It's a great substitute for the real thing, equally addictive and infinite, and with constantly regenerating furniture to leap over you're forced to sprint and jump until you're burned to a cinder. Don’t worry, just dust yourself off and clamber right back on that antique dresser.

Build-your-own games of any kind are notorious for sapping time. The Sims, Animal Crossing, Rollercoaster Tycoon – all of these have stolen days from the lives of many. Township is much the same, but instead of being stuck inside on a console you can roam around the real world while being glued to your smartphone. Grow your town from a heap of nothingness into a destination complete with a zoo, land that needs constant farming and plenty of places to spend imaginary money. Y’know what? It's SO much better than the real world.

Want to create one of these horrifically addictive games for yourself? Find out how much it’ll cost you in our Ultimate App Development Cost Breakdown! Download yours now.