How Much Does It Cost To Develop An App?

Idea for an app? Check.

It’s a bit of a “how long’s a piece of a string?” question and prices will vary enormously depending on whether you’re looking to create the next Uber, or something with very basic functionality. In fact, they’ll vary just depending on the app developer you’re choosing. Don’t worry though - we’ll go through the pros and cons of both with you.

But, to help you plan your budget for 2017, here’s a look at what you might expect to pay when turning your app idea into reality… (Of course, talking through your project with us in detail will be the most accurate way of working it out).

Knowing how much you may be spending on an app can help you plan your budget for 2017. Talking through your project with an app developer or app development company will, of course, be the most accurate way of working it out but if you’re just looking for some ballpark figures, I can help guide you through what you’ll be getting for your money.

More often than not, app developers within this price range are based overseas and take up a lot of management time. They’ll use cross-platform tools such as Phone Gap, which generally make average apps too.

Spending this little on an app is like buying the show room in a block of new build houses. Your competitors have more interest, look shinier, newer, better and you’re the last one to be chosen, having been trodden on with muddy footprints. Is it really worth putting a substandard app into a marketing place full of great apps?

You get what you pay for; poor design, UX, UI and development and nobody wants that. Perhaps look at spending this money on optimising your website? You’ll get more bang for your buck here.

Similarly to the cheaper option, a mid-range priced developer will often use cross-platform tools that will make average apps. Their knowledge will typically be limited in developing complex apps but it’s not all doom and gloom! They will have a local manager overseeing a development team, meaning you’ll have just one point of contact and spend less time on project managing.

In fact, if your idea is simple enough, like a to-do list style app or all data on phone app and this is within your price range, it may just be a great fit.

But remember; if you’re finding it near impossible to find decent freelancers at these rates – AND in a market where the appetite for good developers is strong, what it does tell you about an agency which has these sorts of rates?!

I personally think it’s worth the investment in paying for a high-end app developer that you 100% know you can trust. Paying a larger sum at the beginning can save the costs of support, getting errors fixed or even having to create an entirely new app.

A high-end app development agency will have a broad experience in the more technical side of development, such as BLE, iBeacons, AdHoc, WiFi, VR, AR and Sweet Animation, on top of a depth of knowledge that will mean they can build whatever you want, on whatever platform you want.

They’ll have a design team that understands the UI and OS idiosyncrasies, so your app looks and feels awesome. They’ll invest in being on the cutting edge of the mobile tech industry by attending development conferences; Apple – WWDC, Google – Google IO, Windows – Microsoft Build. This experience and expertise that an agency will possess will mean you’ll be getting the most up-to-date and robust app possible.

How does this sound to you? Fancy finding out how much it’ll cost for us at Compsoft Creative to build your app for you? Get your free quote! 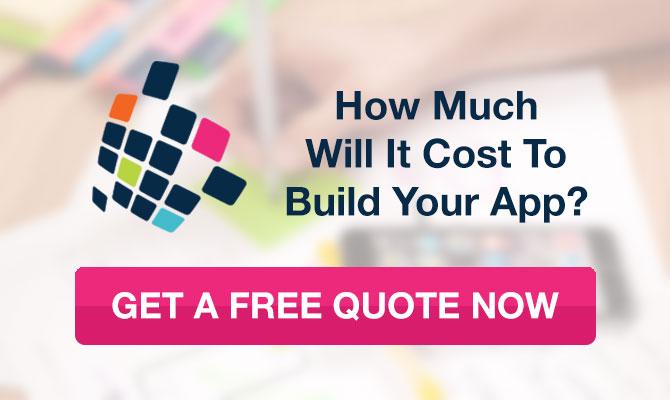