Everyone’s got an iPhone these days, right? Or if they don’t, then maybe it’s something like a Samsung, HTC, Windows, whatever. Whichever way, you’ve probably heard of it.

Or so you’d think. Every now and then a wild unusual choice appears, and in an unlikely hand. There’s been a few instances where the public’s been taken aback by a celebrity's bizarre phone choice, leaving us mere mortals bewildered.

Who remembers when Alicia Keys became the new Global Creative Director of BlackBerry? What? How could you not remember? It was obviously a BIG deal.

Okay, we lied, it wasn’t a big deal. And if you have no recollection, then never mind. It was an unusual partnership and a pretty forgettable one at that, apart from this little slip up:

During Keys’ speech, she went on and on about a ‘relationship’ with her BlackBerry, how she cheated on her BlackBerry with a ‘sexier’ phone before realising the error of her ways and choosing to stay loyal and exclusive with BlackBerry. Come on now, Alicia. Don’t play us for a fool, we’ve heard it all before! You were even caught Instagramming and tweeting from your iPhone the entire week before your announcement.

Although technically not a phone, Oprah similarly was caught in the same act back in 2012.

For weeks, she had been declaring her love for the MS surface, tweeting about how she had bought twelve of them to give as Christmas gifts. Sorry, correction. Tweeting FROM AN IPAD about how great the MS Surface was. Sure, Oprah, that’s why you used it to tweet your message.

It’s not like we genuinely believed that she truly loved the MS Surface - no celebrity would be seen dead without an Apple product... but if you’re getting paid “dollar dollar bills y’all” to promote it, at least TRY and fool us! *eye roll*

Make some noise if you trust Donald Trump to run one of the most powerful countries in the entire world?!

Thought so. It probably doesn’t help his situation that he’s been putting the States at risk with an unsecured Android phone either. Yep. This is a thing, guys.

Naturally, Trump is supposed to use a secure, encrypted, locked down phone to prevent the world from finding out his deepest darkest secrets, and keep the world safe, of course. Unsurprisingly, Trump still uses his personal, consumer grade Android to complete all his Twitter rants on.

Malware, phishing scams, general vulnerability - he is risking it all! Silly, silly Donald. Sort it out.

We thought the days of phone keypads and that satisfying flip phone noise were over. We were wrong.

Within the past 2 years or so, celebrities have been publicly spotted with an old school, flip phone. In fact, in the photos, the celebs aren’t even trying to be slightly discreet. Anna Wintour and Rihanna are proudly displaying their absent smartphone like a fashion statement. Hang on a minute… 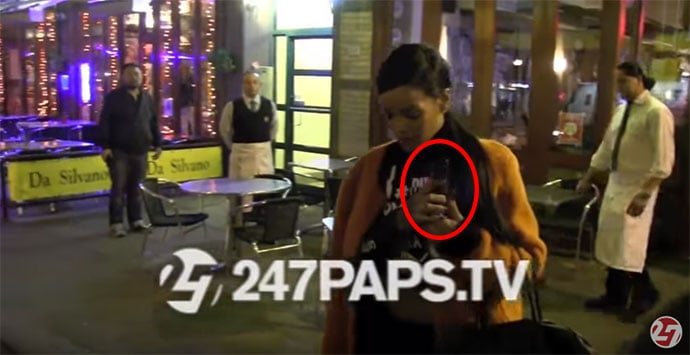 But regardless of whether they’re used for functionality, security or accessories, both LG and Samsung have been experimenting with the idea of smart flip phones. Are they about to make a comeback?

OnePlus One, heard of them? If you’re a fan of the Underwoods, you’ll be familiar with them whether you know it or not.

Last year, it was reported that OnePlus paid $300,000 to get their phone featured in House of Cards. So although they may not be a household name like their Samsung or iPhone peers, they’re already starting to get in front of a savvy, Netflix-watching audience. One to keep an eye on: who knows, they may end up running for President…

As much as we love them, more often than not, owning an iPhone is all about that status symbol. Can you imagine seeing a Kardashian without one? WELL, believe it or not, it turns out Kim Kardashian-West does in fact use a BlackBerry! Just like Katy Perry, Lady Gaga and Justin Timberlake do too. Turns out they all prefer to satisfy their technological sweet tooth with the BlackBerry jam.

So there we have it. It turns out that not everybody with some of the biggest salaries in the world, even fictionally, would opt for an iPhone.

With many users actually using a variety of devices, it might be time to think about building your app on multiple platforms. Check out our free post-app launch checklist to find out what you need to do next!