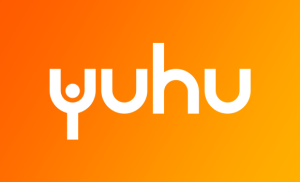 The Yuhu iPhone app has been released on the Apple App Store. Yuhu is a location-based messaging app enabling users to send messages to friends which activate at a certain place or time.

According to Andy Symons, Founding Partner of Kronicle, the company behind Yuhu, “We saw a gap in social media for a platform to deliver location based communication. So much of what a user does with a smartphone is location based, and we wanted to exploit this in Yuhu by introducing the idea of location based messaging between friends.”

Andy went on to say “We were looking for a development partner with a strong reputation and a vision for Yuhu to match our own. Not only did Compsoft meet these requirements, they were enthusiastic in their support for our ideas, and flexible in their approach, becoming more than just a development partner.”

The Yuhu app allows the user to send messages, including pictures, to a friend or a group of friends - they’ll know they have a message but will only be able to see the content when they reach a certain place, or at a certain time. Yuhu messages include configurable timers to either delay or guarantee delivery of the message, and can be made ‘invisible’ so the recipient knows they have a message waiting but can't see where!

The app development included a bespoke implementation of GPS location services which minimises power consumption while still enabling Yuhus to be triggered, even when the app is in the background. Comprehensive contact management and privacy functions enable the user to identify, accept and reject friend requests, hide their location from friends, and to stop triggering Yuhus.

“In later phases of development, we will expand the app to include a broader commercial perspective that allows two way marketing messages and opportunities between users and businesses, based upon location” said Andy Symons. “At the same time, we will expand Yuhu fully into the social sphere”.

The app can be downloaded for free from the Apple store by clicking this link: https://itunes.apple.com/us/app/yuhu-location-based-messaging/id852973117?ls=1&mt=8