Screwfix are, without doubt, leaders in their field when it comes to digital innovation. Having published a number of mobile apps they identified a real world problem for their customers which could be solved using a mobile app. Their customers would often jot down a hand written list of the items they wanted to buy, sometimes using product codes, other times just noting down ‘drill’ or ‘10mm bolts’. Their customers would then take these notes to their local store where they would hand them over to the Screwfix store colleague who would manually key the products into the system, discuss product availability with the customer and ultimately fulfil their order.

What Screwfix and its customers valued from these interactions was the human engagement – the conversations at the counter – this level of personal service is key to Screwfix’s core values. What neither the customer nor Screwfix enjoyed was the time that it took to type the products into the system. This detracted from the customer’s experience and generally slowed things down.

This is where the Screwfix digital team had a lightbulb moment – what if there was an app which simply allowed the customer to create a list of product codes? Which would generate a QR code, once the customer had completed their shopping, which could be quickly scanned, transferring all the product data to the epos system and freeing up Screwfix customers and staff to discuss things that really mattered. 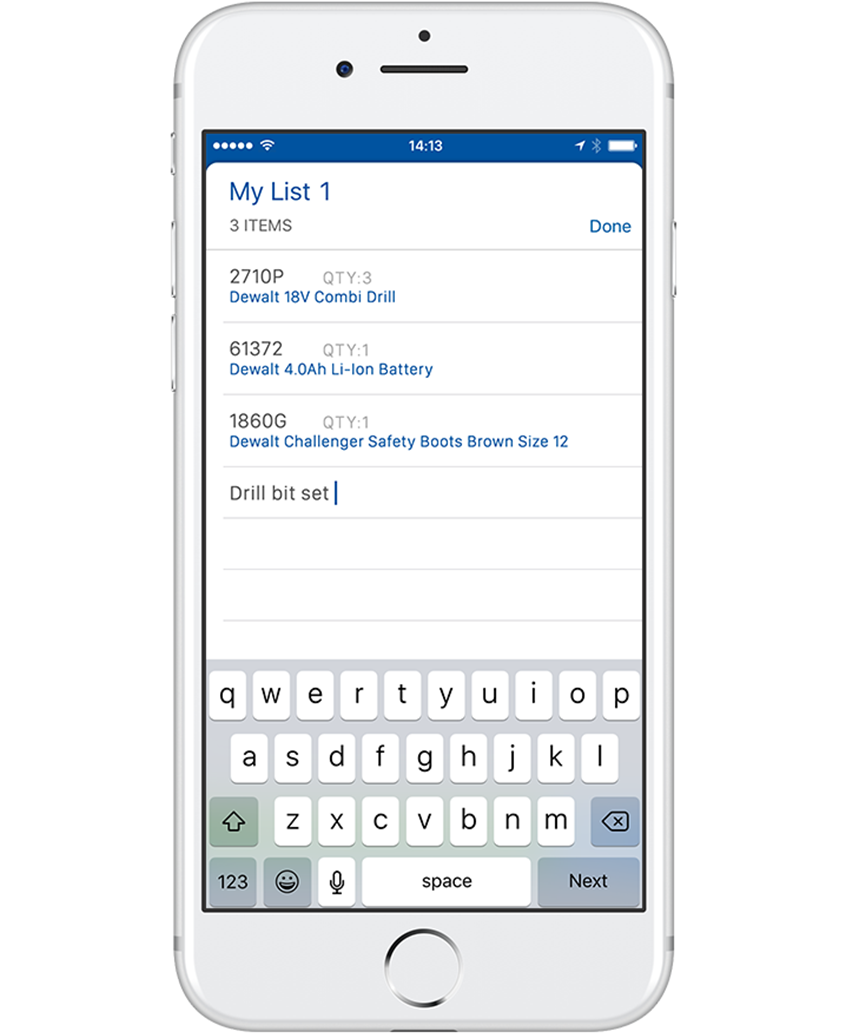 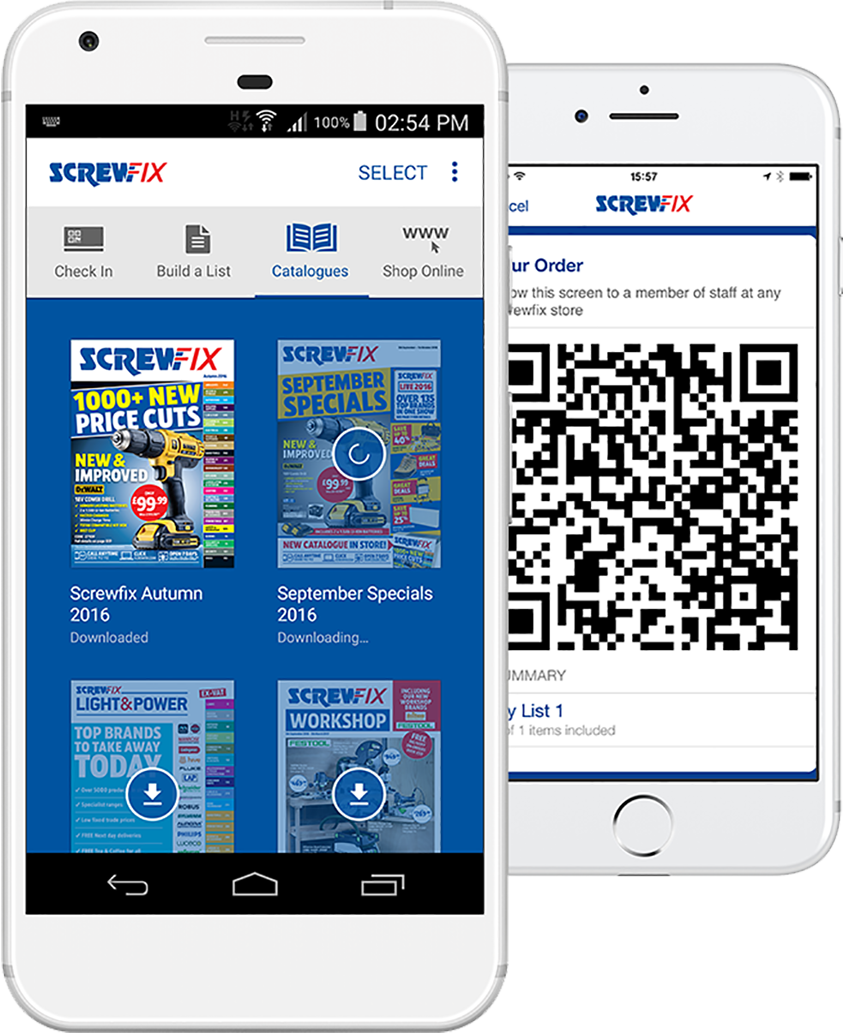 Working closely with Screwfix, Compsoft Creative defined a solution where the focus was wholly on allowing a Screwfix customer to do what they were already doing, more easily, on their phone.

Compsoft Creative developed native Android and iOS apps. The initial solution was designed to be as simple and as easy to use as possible while meeting Screwfix’s key goals. The apps allowed a user to create one or more lists and pack all the product data into a QR code for scanning at the till.

In order for the transfer of data from app to epos system to work a valid product code was required for each product on the list. We needed to allow a user to add items to a list, which did not have a product code. We first thought about creating an area for ‘products without SKUs’ which could then be ‘upgraded’ to an area of ‘products with SKUs’.

The problem with this solution was that it was very ‘computery’ and not very ‘human’. In the real world the list would likely be on a scrap of paper, or block of wood hastily grabbed from the table saw… So this is what we did in the apps. We created a single list area where the user could type anything on the list. The app would auto detect when the user had entered a product code or a ‘note’ and prompt them to get SKUs if there were any missing.

The end result was a super simple app which was working hard under the hood to create a smooth and fluid user experience.

Since the release of that initial version we have developed a major upgrade to the solution to include the much beloved Screwfix catalogue in app. Working hard to seamlessly integrate the catalogue with the list builder so the user has everything they need in the app to buy what they want for their latest project.

The app has become Screwfix’s key app, replacing other legacy apps they had in the app store. It has a 4 star rating for Android and 4.5 stars for iOS – no mean feat for a free app, and testament not only to the quality of the app but to Screwfix’s customer loyalty.

The app is enjoying increasing take-up, is almost 99.4% crash free, enjoys good session length and has delivered on, and in many cases exceeded Screwfix’s KPIs for the project.

Download it in the Links section and get to Screwfix!